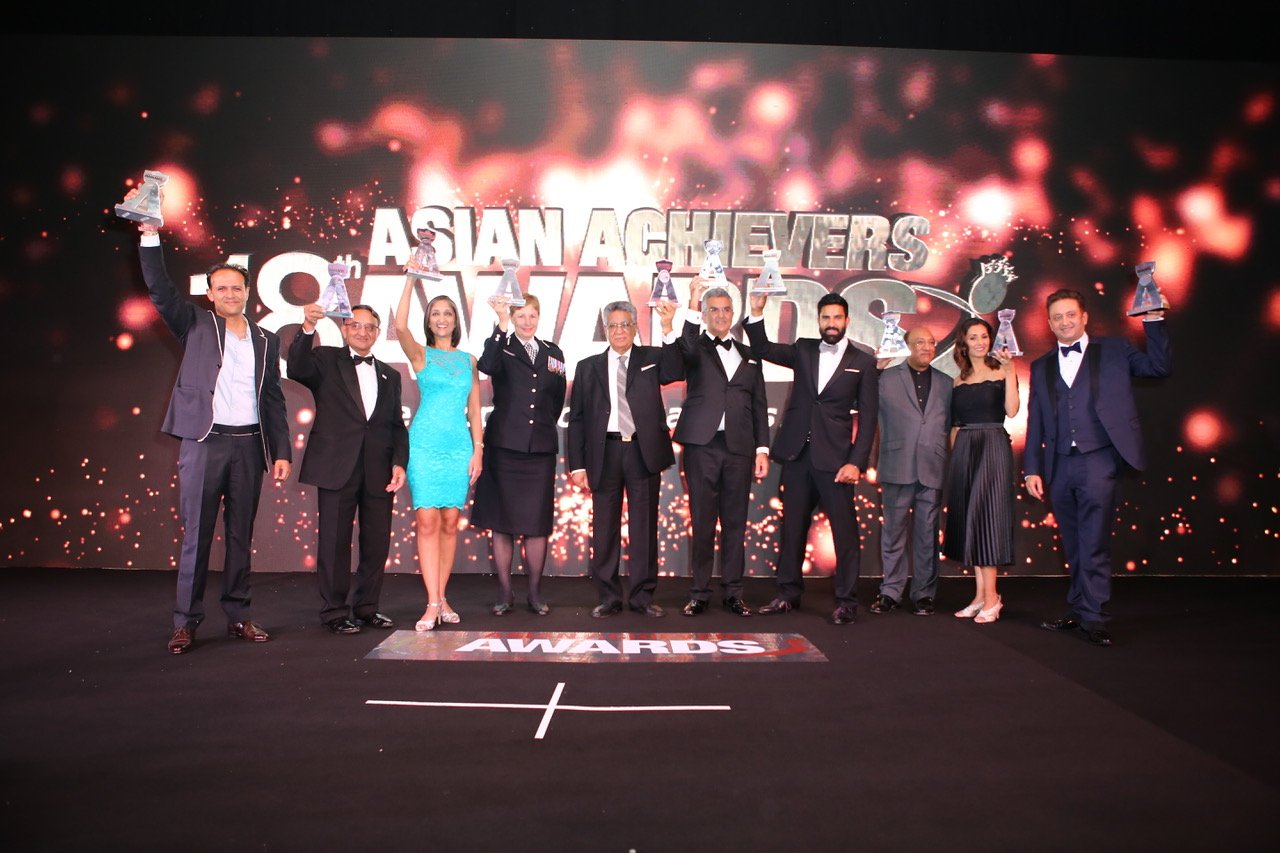 Disability campaigner Trishna Bharadia from Marlow, Buckinghamshire was named Woman of the Year at the 2018 Asian Achievers Awards during a glittering ceremony at The Grosvenor House hotel, Park Lane.

The awards celebrate outstanding British Asian talent across the arts and media, sports, community service, the professions, uniformed services and the world of business and were hosted by Eastenders actor Nitin Ganatra and KissFM’s Neev Spencer.

Trishna Bharadia, who was diagnosed with multiple sclerosis at the age of 28, has since devoted her life to helping and supporting others with the disease, winning numerous awards for her achievements.

Despite working as a Spanish-English translator, she still finds time to campaign and fundraise tirelessly to improve awareness of disability and chronic illness, and to support BAME communities within the context of disability.

Trishna’s efforts to raise awareness of multiple sclerosis and other chronic conditions were recognised by the Prime Minister earlier this month when she received the Points of Light award, which recognises outstanding volunteers who are making a change in their community and inspiring others.

She is a volunteer with the MS Society, Asian MS and the MS Trust and was named ‘Volunteer of the Year’ at the 2013 MS Society Awards.

She was also chosen as one of six inspirational individuals to take part in the “The People’s Strictly for Comic Relief” because of the impact of her advocacy work in inspiring people with chronic illness to live a full and positive life.

“I’m so happy to win this award because it gives a platform to being able to further raise awareness about multiple sclerosis, chronic illness and disability in general but also specifically in the Asian community. Just on the awards night, around 800 people went home knowing a little more about what MS is. This is how conversations start and that’s how we’re going to be able to break down the stigma, misconceptions and lack of knowledge that is still attached to chronic illness and disability. I’m so grateful to whoever it was who nominated me!”

The awards, which first launched in 2000, are well known as the premier event within the BAME community. They are hosted by Asian Business Publications Ltd., (ABPL), the owners of the 45-year-old print and online news weeklies Asian Voice and Gujarat Samachar which invited readers to nominate individuals for consideration in 12 categories.

Speaking at the awards, ABPL founder-chairman CB Patel said: “The awards have grown in stature year after year and once again we received an overwhelming number of nominations, which is an indication that the success of the British Asian community in various fields continues unabated.”

“Our awards recognise all those unsung heroes within the Asian community many of whom arrived here as migrants. They have made great strides, not just within their communities and professional sectors but have made huge contributions to British society and the UK economy,” added Patel, who presented a special Editor’s Award to leading hotelier and Chair of the Bharatiya Vidya Bhavan in London, Joginder Sanger, for his contributions in the field of business and philanthropy.

Leading general practitioner (GP) and honorary secretary of the Welsh Division of the British Association of Physicians of Indian Origin (BAPIO) Hasmukh Shah was presented with a Lifetime Achievement Award.

The Asian Achievers Awards has helped to raise £1.5million for various charities since launching. This year it is raising vital funds for Oracle Cancer – a leading charity funding research into head and neck cancer. At last night’s ceremony, £100,000 was raised through donations and an auction hosted by Jeffrey Archer.

The high-selling auction lots for the night included a shirt signed by the Indian cricket team, which went under the hammer for £5,000 pounds, and a seven-night luxury tour aboard India’s ‘Deccan Odyssey’ train clinching £10,000.

Over the last 10 years, Oracle has invested over £5million in world-class research programmes discovering new and improved treatments for patients suffering from head and neck cancer.

Professional of the year

Sports personality of the year

Achievement in media, arts and culture

Entrepreneur of the year

Woman of the year

Business person of the year

Dr Hasmukh Shah BEM – the honorary secretary of the Welsh Division of British Association of Physicians of Indian Origin (BAPIO).

Business of the year

Pre-eminent personality of the year

.Full details of all 12 category winners, plus hi res jpeg images, are available from Shailja Morris at Rhetor Communications on 07881-651 780.