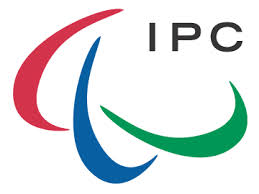 Moments filled with emotions, ecstasy,  to sizzling samba, the curtains came down on the 2019 World Para Dance Sport Championships in epic fashion on Sunday (1 December) in Bonn, Germany.

With memories of their beloved in their hearts, Ukraine’s Olena Chynka and Ivan Sivak danced to the tunes effortlessly and were rewarded with individual golds.

Clad in all white on a golden wheelchair, Chynka delivered a flawless noteworthy performance in the women’s freestyle 2. It was a performance of a life time which she dedicated to ‘all woman’, especially her mom.

“It’s a very special dance for me as it was for my mom who passed away this year. This dance was very important for me,” said Chynka.

“Last 2017 World Championships was dedicated to Frida Kahlo. This number was also dedicated to all the women folk. Through these two minutes of dancing, you can show that you should live a life of who you want to be from the beginning to the end.”

The Ukrainian, who lost her legs in a train accident in 1998, had fallen short of gold four times at the Bonn 2019 Worlds. However, in the freestyle event on the final day, she finally managed to subdue her Russian rival and runner-up Galina Ryzhkova, who won three golds in total at the Championships.

Off the three judging criteria in the freestyle discipline, Chynka scored major points in choreography to successfully defend her 2017 world title.

“I’m very different,” the 43-year-old said. “I didn’t want to do the same dances and my trainer and choreographer helped me compete on the level that I’m performing now. My mother was also my inspiration and my dance today was dedicated to her. I felt as if she was on the dance floor with me; giving me the power to perform.”

With the freedom of creativity and a touch of personal story, Ukraine proved too strong in the freestyle discipline.

Ivan Sivak put on a comic, playful piece that entertained the audience. He wowed the crowd by displaying tremendous strength and balance by taking both wheels off his chair during the act, to earn him his second consecutive men’s freestyle 2 title.

“Every victory is different, and I could dedicate this win to my country and to all the people who helped me during this period. But this year was special for me because of the main occasion – I became a grandfather,” revealed Sivak.

“The thoughts of my granddaughter inspired me to win and compete as a did.”

Dancing along to a playful piano tune, Sivak’s piece appeared to be explaining how his wheelchair works.

“I could say a lot what inspired me, the story behind the dance, but I always try to leave some part of the story for the spectators so that everyone can say what they feel from the dance,” said Sivak.

“There is something I want to tell, but I also want to leave some creative part for the audiences’ interpretation.”

It was a sounding Sunday for Ukraine, as Sivak topped Maksim Sedakov of Russia in the event. Germany rejoiced when their very own Erik Machens took bronze.

Ukraine added another gold in the duo standard 1, with Illona Slugovyna and wheelchair partner Valeriy Bevzyuk; followed by compatriots Snizhana Kernychna and Vladimir Kernichny in silver.

When Maksim Sedakov left the podium for the final time on Sunday, he had three prized teddy bears on his lap, along with three medals around his neck – all from Sunday’s competition.

His luggage back home is sure to be filled with more, as the Russian was the most successful Para dancer in Bonn with seven medals (six golds).

The combi Latin 2 was the fiercest competition of the three-day World Championships and had the Hardtberghalle dancefloor on fire with several rounds of cha-cha-cha, rumba, samba, paso doble and jive.

The announcement of winners in this event however shocked the spectators, as the two-time Filipino world champions Rhea Marquez and her wheelchair partner Julius Jun Obero were placed a surprise third.

“We were just feeling happy and having good emotions during our dance because it’s been a long break (from not competing at the 2017 Worlds) and we were happy to perform under the name of our country,” said Kukushkina.

“We’re very happy and thankful to everyone, the organisers and everyone who participated. Even if we did not win today, there would be the same happiness. We just wanted to have a good time on the dance floor.”

Poland’s Nadine Kinczel and her wheelchair partner Piotr Iwanicki, who took second spot, which was a major achievement for them considering their competition.

“We won with the world champions from the Philippines (in the finals) and that is why we are happy,” said Iwanicki. “And especially we had fun, and that was the main thing we wanted to achieve.”

Along with Galina Ryzhkova, Sedakov won the duo standard 2 that same day. His compatriot Igor Davydov was the champion in the men’s single freestyle 1.

The Bonn 2019 World Para Dance Sport Championships ran from 29 November – 1 December, and more information is on the event website https://www.paralympic.org/bonn-2019