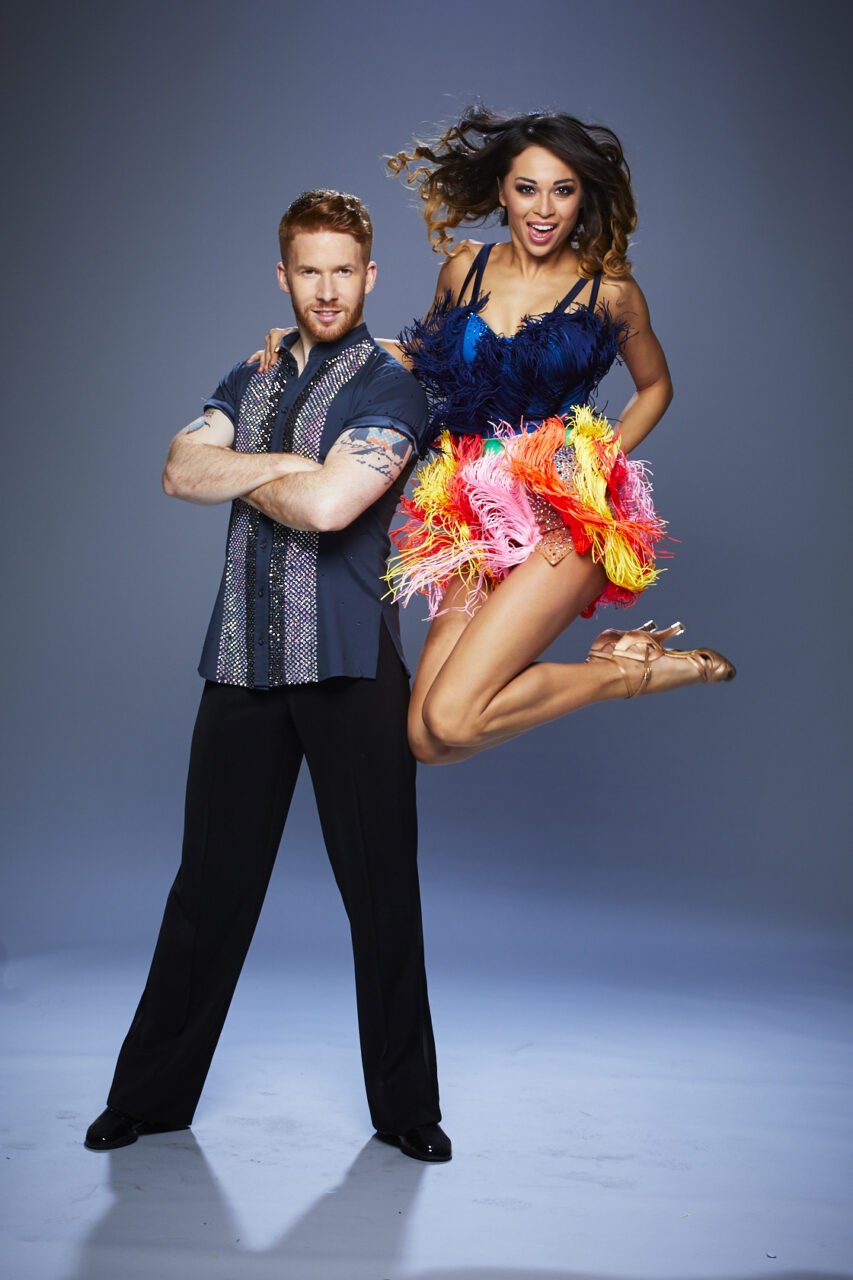 He was born in Munster, Germany and started dancing at a local ballet school at the age of 3. He trained in tap, modern and ballet as well as Ballroom and Latin-American. He has represented Finland, Holland and the UK during the course of his competitive career and holds many titles including: UK, British, Dutch, European and World Latin Champion.

World Latin Champion Katya Jones was born in Saint-Petersburg, Russia, Katya started dancing at a the young age of 6, training in gymnastics, singing, drawing, piano as well as Ballroom and Latin-American dancing. She is an accomplished pianist and holds a degree from the Saint-Petersburg State University of Culture and Arts.

Katya is a perfectionist and always strives for more. When she is not dancing, she has a keen interest in high fashion, designing her own clothes and styling fabulous new outfits.

In her first Strictly season, she partnered politician Ed Balls, and they got to Week 10 of the competition and were nominated for a ‘Must See TV Moment’ BAFTA for their Gangnam Style routine. In 2017, she partnered actor Joe McFadden and they became the 2017 Strictly Champions.

Kevin was born in Grimsby, England and is former Youth World Number One and four times British Latin Champion. He trained in Ballroom and Latin from an early age, taught by his parents, former World Champions Keith and Judy Clifton, he went on to win International Open titles in Italy, Germany, Spain, Portugal, Sweden, Japan, France, Hong Kong, Taiwan, Singapore, Slovenia, Slovakia, Finland and Belgium. From an early age, Kevin was taught the importance of giving your all during a performance and his boundless energy is electric and contagious. His passion and love of dance as an art form is evident, and this shines through on stage. Kevin is trained in all styles of ballroom dance, and he enjoys creating new routines and working with established choreographers. His diverse taste in music ranges from a love of rock legends such as Robbie Williams, Mick Jagger and Freddie Mercury to the romantic delivery of Michael Buble, all of whom bring out the showman in him, making Kevin a compelling and intuitive performer to watch.

Away from the ballroom scene, in 2010 Kevin made his musical theatre debut in Dirty Dancing The Musical at the Aldwych Theatre in London’s West End. More recently, Kevin (and his professional dance partner Karen Hauer, who is also a fellow professional dancer in Strictly Come Dancing), have been principal dancers of the Burn The Floor Dance Company for several years, performing in the show’s record-breaking Broadway run as well as starring at the Shaftesbury Theatre in London’s West End. Kevin also toured the world with the show performing in countries including Japan, Australia, South Africa and the USA as well as making guest appearances on Dancing With The Stars in the USA and So You Think You Can Dance in Holland. 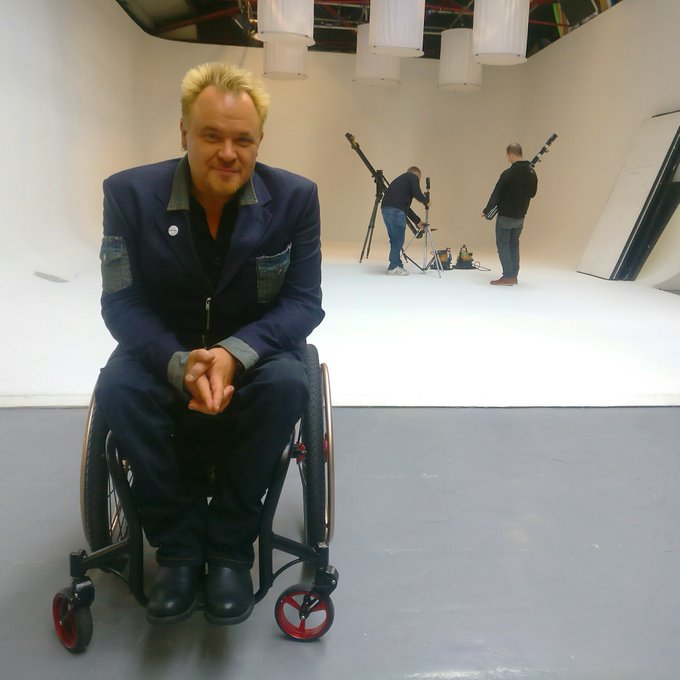 Mik Scarlet is one of the UK’s best-known disabled broadcaster/journalists. He began his career working as a musician, singing and playing in bands that toured all over the UK/Europe. He supported his teenage hero Gary Numan in the early 1990’s and was spotted by a TV producer during a gig in his home town of Luton, Beds. This led on to Mik breaking into TV and becoming one of the first wheelchair users to grace the country’s TV screens. He first worked on Channel 4, presenting on their “yoof” programs, before getting his own kid’s TV show Beat That. This show won an Emmy in 1992 and led to Mik becoming one of the first disabled celebrities. He worked for the BBC as lead presenter on their disability magazine show From The Edge, worked as a reporter for BBC News 24 and BBC LDN, and recently worked as breakfast DJ on BBC 3 Counties. Mik currently works for Sky News, as a news reviewer, and writes for Disability Now, PosAbility and The Huffington Post. He has just been accepted on the new BBC Weather Presenting course, which aims to get more disabled people on our TV screens. He was one of the professional dancers who appeared in the Paralympic Games Opening Ceremonies in 2012 and then presented at the wheelchair rugby. Alongside his broadcast and journalism, Mik is a successful actor and has appeared in various TV dramas, such as Brookside, 2.4 Children and The Bill as well as playing Prince Charming in Panto.

Mik has always been passionate about dance and is married to ex-ballerina Diane. He worked with famous disabled theatre company Graeae Theatre on their dance production Rhinestone Rollers, both as a dancer and choreographer. Mik loves to dance and is proud to be a patron of Para Dance UK as he feels it is vital that disabled people get the chance to experience the joy of dancing. 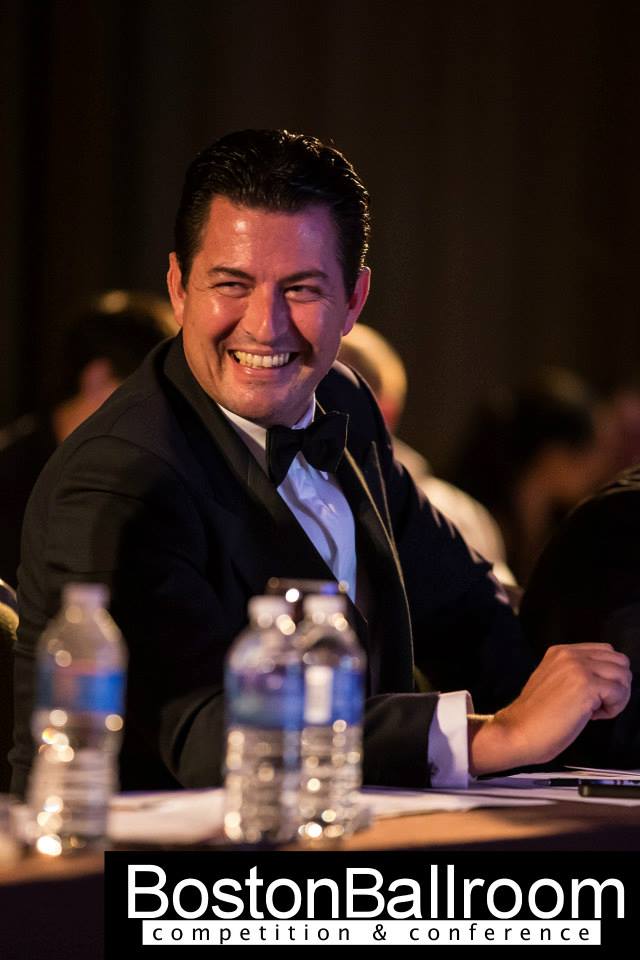 Gary Robert Edwards is a World Class Judge/Adjudicator in Ballroom and Latin American styles, a qualified World Class Judge in American styles, and a qualified World Class Judge for Salsa, Freestyle and Rock and Roll. A dancer since the age of 7, he has performed all over the world, earning more than 30 international titles, including British Open Ballroom, British Open Latin and UK Open 10 Dance. In addition, he has taken top honours at the Innsbruck Gold Cup, the Bulgarian Open, the Russian Open, and the Hong Kong 10 Dance, among others. He was ranked first in the World 10 Dance. A highlight of his career was also the privilege of serving a six-year commission as a private advisor to the Royal Family of Brunei as well.

In his 30-year career as a dancer, coach and adjudicator, Gary has reached the pinnacle of success and exceeded even his own dreams. He has trained world champions, organized major dance events, served as music and dance advisor for top-tier international competitions and co-hosted celebrity dance-offs. He has judged more than a dozen World Championships and scores of prestigious national and regional competitions.

The 6’4″ British-born champion (aka the ballroom giant) has danced professionally in 60 countries and has appeared on several TV productions, including BBC Dirty Dancing and BBC Come Dancing. He has coached and/or danced alongside superstars and world leaders, including the prime minister of India and several Malaysian sultans. He once danced the cha cha with Michael Jackson and enjoys memories of dancing with Janet Jackson, Barry White, Whitney Houston, MC Hammer, and other music stars.

While he continues to adjudicate top-level national and international competitions, Gary has chosen to dedicate more of his focus on television and film. Currently, he serves on the advisory panel of the upcoming pro-am reality TV show, Ballroom Blitz, created by Simon Fuller and Linda Pope.

Born in Essex, United Kingdom, Gary divides his time between homes in Miami Beach, Florida and the UK.

Gyles Brandreth is a writer, Broadcaster, former MP and Government Whip – and a huge admirer of the work and achievements of Para Dance UK. A reporter on The One Show on BBC1 and a regular on Radio 4’s Just a Minute, his many books include The Oscar Wilde Murder Mysteries and the No 1 best-seller: The 7 Secrets of Happiness. He knows that dancing brings happiness. In his head Gyles dances like Fred Astaire, in fact, he dances more like Fred Flinstone. He is full of admiration for wheelchair dancers everywhere and wishes them – and Para Dance UK– all success and happiness.

His career as a rugby player spanned for over 26 years, when he first picked up a rugby ball at the age of 5.

In 1997-98 at the age of 16, Keith was picked to represent England school boys, playing against France. From there Wakefield Trinity saw his amazing potential & offered him a 2 year deal playing for their academy team at the age of 17. His talents soon surpassed the academy team after winning ‘players player of the year’, ‘player of the year’ & ‘the man of steel’ awards. At just 17 Keith was picked to play ‘prop’ for the first team, going into winning ‘the rising start’ award.

With his exceptional talent a on the field, Wales wanted him the play in the test match against England at only 18. It was at that game that the Australian talent scouts for Melbourne Storm noticed Keith. They quickly came in with an offer to sign him for their first team, paying the highest ever transfer fee for an 18 year old prop & making him the youngest player in history to sign for an NRL Australian club at 19, but not before he played for his country England against South Africa. He made is debut for the NRL, Melbourne Storm at 20, being the youngest ever English player in history to play in the NRL.

After achieving his dreams playing for the best team in the world (Melbourne Storm), England came calling for Keith to play for St Helen’s, who at the time were super league champions in the U.K. Keith didn’t hesitate in signing for the club in 2003, going onto be the youngest prop at the age of 22 to win the ‘Challenge Cup Final’ at Cardiff Millennium Stadium.

In 2013 Keith signed for Castleford Tigers, this was to be the last club he professionally played for. Later in 2013 Keith retired to pursue a new career as an actor, after a chance meeting with actor, Mickey Rourke, following a challenge cup final game with Huddersfield Giants in 2009. It was through this chance meeting that a life long friendship sparked, with Mickey Rourke introducing Keith into the acting world, with his first film debut in 2013 ‘A Hitman in London’, playing along side Mickey Rourke.

2015 saw the Super League Rugby Football League, awarding Keith with ‘the lifetime achievement for outstanding contribution to super league’ after playing over 300 games.

Since retiring from professional Super League Keith has gone onto do 7 films, tv soaps, set up his own production company ‘KM Production’, writing & producing his own movies & documentaries & world wide motivational speaking.

Keith Mason lives to the motto – Struggles develop strength, storms make you stronger & face your fears. With this mindset he hopes to make a big impact being a patron for disability charities. 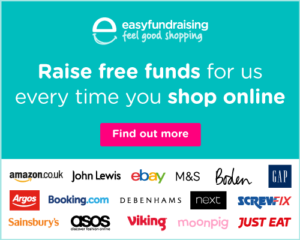 Para Dance UK@ParaDanceUK
At 3pm today, join MJ on a journey through different genres and expressions of inclusive dance. Dance with us this Thursday afternoon as we get together to have some fun!Sign up here: ow.ly/SzEF50JbUHZ pic.twitter.com/TbexNNGzRd
About 4 hours ago
0 2

Para Dance UK@ParaDanceUK
Have you started your virtual travels on our new online inclusive social dance programme yet? Tour different countries and choose to get creative with our passport stamps!Sign up here to access the fun: paradance.kartra.com/page/Tourofthe… pic.twitter.com/pnSCWi9R0J
18th May 2022 - 12:00 pm
0 1

Para Dance UK@ParaDanceUK
Ready to join our inclusive dance session today with Emma at 1:30pm? Get ready to have some fun on your lunchbreak and let's get dancing!Sign up here if you haven't already: paradance.kartra.com/page/LandQ pic.twitter.com/7mNIZqagB8
18th May 2022 - 10:50 am
1 4
Follow Me